Vote Disparity in the ICON Ecosystem 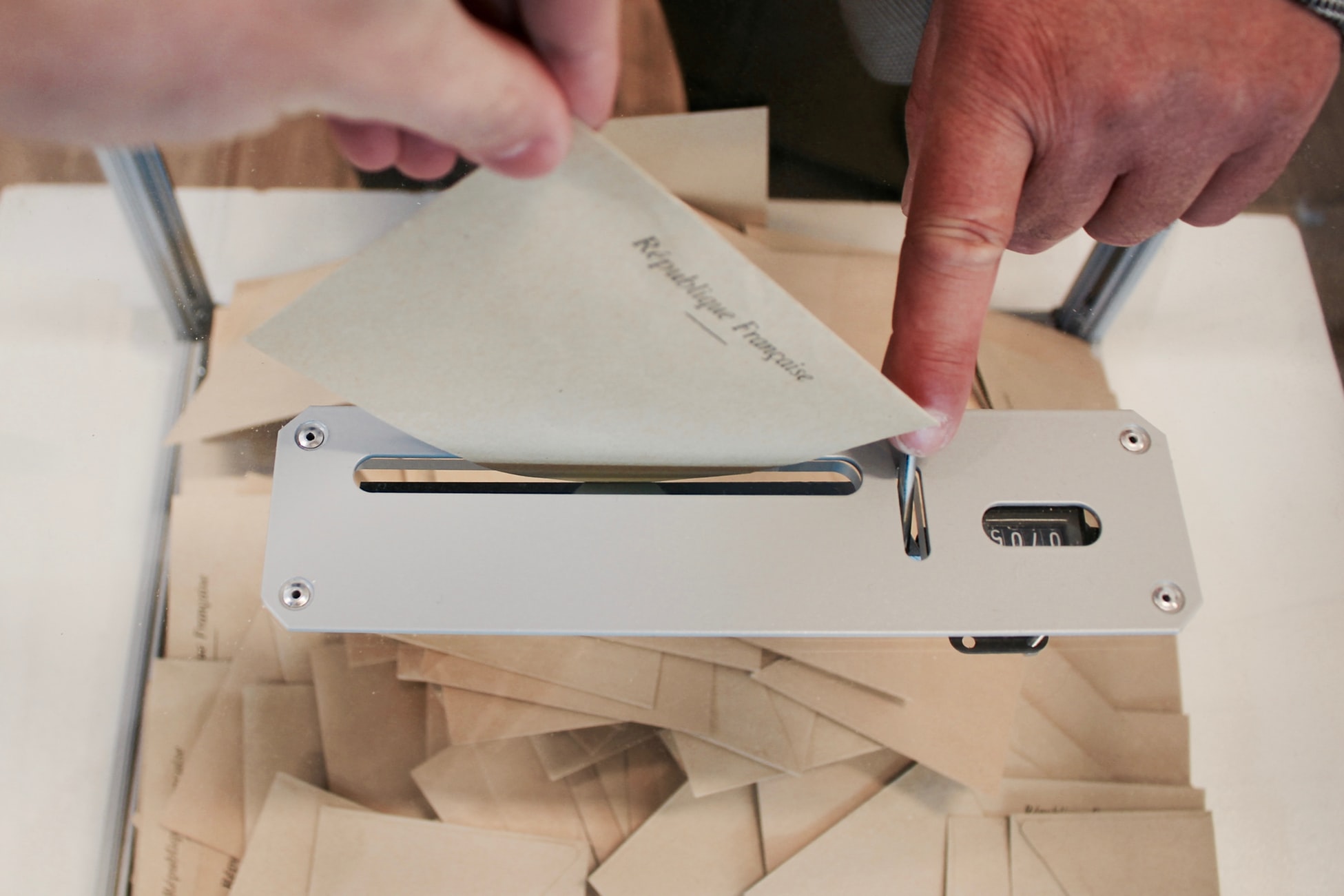 Over the past few days, there’s been a lot of discussion centered around the concentration of votes within the top-10 ranking P-Reps. Several solutions have been proposed and new light has been given in a recent interview with Dr. ICON and Bong An Ha of the ICON Foundation.

ICON is based on a DPoS (Delegated Proof-of-Stake) consensus. Inherently within the design, there are 100 total P-Reps, with the top-22 given the ability to produce, validate blocks, and govern the protocol. In DPoS based blockchain networks, there are a fixed set of validators who are given the most “power” over the network. Lately, we’ve seen arguments that the top-10 P-Reps are making “too much” while teams lower, are barely scraping by. The argument is a valid one to an extent, but the solution can be complex.

Some of the proposals we’ve seen thus far on how to combat the problem of vote disparity have centered around flatlining rewards, or in other words, creating a baseline reward structure that all P-Reps, regardless of ranking, would adhere to. At first thought, such a suggestion appears to be reminiscent of a socialistic economic model. For the most part, it is.

P-Reps are incentivized to contribute to the ICON network in ways outside of running a node. This is the very design of ICON’s current system and it places vast importance on contribution, namely so that ICON’s consensus model variant is referred to as “Delegated Proof-of-Contribution”. While running a node is inarguably the most important requirement of a P-Rep, contribution outside of the bare minimum requirement is what separates ICON from many other, if not all, DPoS based blockchain networks.

The mere notion of “come to our network, campaign and distinguish yourself amongst other candidates” places a lot of power within the community to choose the representatives they see fit in composing the governing body of the protocol. That’s the way it’s been and a competitive atmosphere has been strongly encouraged since the very beginning of ICONSENSUS.

Competition is not a bad thing, at all. Without getting political, competition encourages one important thing, and that’s innovation. The Michael Jordan’s, Tiger Woods, Serena Williams, Mark Zuckerburg, Steve Jobs, and Jeff Bezos’ of our time would not have been borne without a competitive atmosphere encouraging innovation and creative solutions to combat existing problems.

The same mentality should be placed within the P-Rep system, but it can have some unforeseen effects as we’re currently witnessing and we should not ignore that.

Currently, in order for a grassroots team to gain votes and support from the ICON community, there is a relative high barrier of entry. But, it’s important to articulate that this is how the current system was designed, it was designed to reward the early participants. When we refer to early participants, they embody all the P-Rep candidates who spent months without pay, working countless hours, engaging with the community, marketing and distinguishing themselves to gain the attraction of the ICON community.

The “early adopters”, if you will, followed the current system that was set forth and the competitive atmosphere that was boded within ICONSENSUS. There is little doubt that those teams who stood out during this time have benefitted from it. Many of those teams including my team (RHIZOME), UBIK Capital, ICONation, and ICONVIET to name a few, are all placed within the top-10 today from all this effort. However, apart from all the campaigning that was done, the majority of the teams mentioned herein have been familiar faces for a long time as well.

So, when push came to shove, it is not terribly surprising the aforementioned teams have received lots of votes, as many were active and contributed significantly to the ICON ecosystem well before the P-Rep election. They have a pre-established trust and recognition within the ICON community. This is often overlooked.

Whether these teams “deserve” these votes or not, is a matter of relativity. ICONists have decided the current rankings through their votes and it should be no surprise the most active and community-formed teams have a substantial amount of votes from the ICON community.

No system can truly be “perfect”. The good thing is, ICON’s system has placed a lot of power directly to the community and they can collectively make meaningful changes to the current P-Rep rankings. However, as history and time has shown, voter apathy is not something that can be remedied. Solutions must be proposed and imposed to actuate change.

Currently, we face a problem of vote disparity and a substantial amount of votes are concentrated within a select number of teams. To further illustrate this problem, the top 3 teams account for roughly 37% of all votes.

From the screenshot above, we can ascertain the following points.

Something needs be done to combat the “top-heaviness” especially as the majority of votes are concentrated within ICON affiliated teams.

How to Address the Problem

Recently, a couple of solutions have been proposed to combat the issue. The first, retaining around getting the ICON foundation to “spread out” excess votes to predominately lower-ranking teams who have contributed significantly to the ICON network and are barely scrapping by.

The means with which this could be accomplished, however, can be complex. For, proposing a “distribution curve” that places the substantial amount of excess votes from the ICON Foundation to other lower-ranking teams; bodes the question of favoritism and how this would be accomplished in a fair manner.

An additional solution has been proposed to simply just have the ICON Foundation unstake the excess votes and remove them entirely. This solution, in the short-term, would aid the problem of vote disparity, however, it does not address the problem in the mid-long term.

Perhaps “Proportional Slashing“, a topic of discussion recently in networks like Comsos and Ethereum coupled with the aforementioned proposal, could aid in solving vote disparity in the mid-long term. With Proportional Slashing, larger validators who have the highest stakes within the network suffer higher penalties for acting maliciously or failing to maintain productivity. Thus, penalties are proportional to stake weight.

“We propose adopting a procedure called Proportional Slashing which is resistant to such sybil attacks. In this system, instead of the slashing percent being equal for all slashes, the percentage a validator gets slashed for a fault is proportional to the validator’s percent of consensus power. This way, larger validators face harsher slash amounts thus incentivizing risk-managing delegators to delegate to smaller validators. There may also be minimum and maximum bounds on the size of the slash percentages.” -sunnya97

This would in effect, incentivize ICONists to move their stake towards lower-ranking teams so as to not suffer as high of a “slash” under various circumstances. However, these penalties may not be very frequent.

Recently, Dr. ICON and Bong An Ha of the ICON Foundation took some time to sit down with The Iconist for an interview. Within the interview, they touched on vote distribution and how they are working to address the problem of vote disparity.

“Our first task is to try to fix the IISS first, so try to equally distribute the rewards for the hardworking P-Reps. Our next step is adapting the EEP and DBP system, and after that we are going to launch the BTP that everyone is waiting for.” – Dr. ICON

“We would like to make it (IISS) better because at the moment, most of the votes are concentrated on the top P-Reps so we are thinking about how to distribute the votes evenly.” – Bong An Ha

At the surface level, the situation is relative to deliberately setting your house on fire and wondering why it burned down afterward. This is further aided by the notion that the ICON Foundation has stated in the past they would “carefully control” excess votes to the ICON Foundation’s node so as to not hinder decentralization.

The solution is painfully clear, as highlighted previously.

In the longer term, this could work. However, it doesn’t address the problem fully in the short-term. In the short-term, in order to aid decentralization, the ICON Foundation should reallocate and/or unstake their excess votes from their self-delegated 24 million ICX (3% of the total supply cap). With that much self-sponsored capital, it could make a meaningful impact on the network – especially as the majority of teams in the top-10 do not have a massive amount of self-sponsored capital to make an equally meaningful impact.